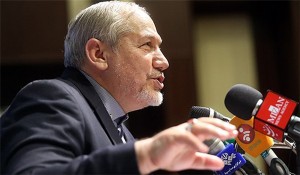 Top Military Aide to the Iranian Supreme Leader Major General Yahya Rahim Safavi warned of the US and NATO’s intensified military activities near the Eastern borders of Iran, describing them as attempts to create insecurity and destabilize the country.

“Today, the NATO and the US are after developing military bases and fomenting insecurity in the Eastern and Southeastern parts of the Islamic Iran,” Rahim Safavi said, addressing the inauguration ceremony of the 9th congress of the Iranian Association of Geopolitics (IAG) in Tehran on Wednesday.

Elsewhere, he stressed the need for understanding the trend of changes in the world’s geopolitical situation, and said it can help gather a precise understanding of enemies’ strategy.

In relevant remarks in May, Islamic Revolution Guards Corps (IRGC) Quds Force Commander Major General Qassem Soleimani warned of the Americans’ extensive presence in the regional states in the forms of military, security and political institutions.

General Soleimani blamed Washington for the events in the past 20 years in the region, and said, “The Americans pursued different ways, including fomenting clashes and tribal wars, but we are still witnessing that the Islamic Republic of Iran has gained victory in war against the Takfiris.”

He referred to the ISIL attacks on Syria, and said, “If the Islamic Iran had not helped protect the government in Syria, today the ISIL would have earned a ruling over the entire parts of the country.”