You are here: Home / MidEastGulf / Leader of Islamic State in Yemen killed in drone strike 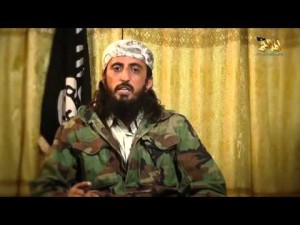 The leader of Islamic State in Yemen was killed in a drone strike early on Thursday, residents and officials said.

They said the strike targeted a car in which Jalal Baleedi and two of his aides were travelling in on a road between the towns of Zinjibar and Shaqra in southern Yemen.