You are here: Home / Europe / Leader of Ahwaz Movement murdered (by Iran) in Netherlands 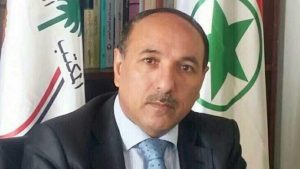 The director of the London-based Ahwaz Center for Media and Strategic Studies, Hassan Radhi, disclosed news of the murder, as he accused Iran of killing Nahidh.

Nahidh headed the “Movement for Arab Struggle to Liberate Ahwaz from Iranian Occupation.” He was killed by three bullets—one to his head and two to his heart— as he stood outside the door of his home in the usually placid Dutch city of The Hague.

Dutch police managed to arrest one man, whom they caught fleeing the scene.

The assassination is reminiscent of earlier Iranian-sponsored assassinations in Europe of leaders of the country’s ethnic minorities, including Kurdish leaders. In 1989, Dr. Abdel Rahman Ghassemlou, head of the Kurdistan Democratic Party of Iran, was murdered in Vienna.

Three years later, Ghassemlou’s successor, Dr. Sadegh Sharaf Kandi, was murdered in Berlin, along with three other men. In 1997, a German court issued an arrest warrant for Iran’s intelligence minister, saying he had ordered the murders with the knowledge of Iran’s political leadership.

Ahwazis are Arabs, one of several major non-Persian ethnic groups in Iran that also include Kurds, Turks, and Baluch.

In 2015, Amnesty International and Human Rights Watch both protested an Iranian crackdown against Ahwazi Arabs, as the regime undertook a large-scale campaign of arbitrary arrests in the southwestern province of Khuzestan, where Ahwazis live and where most of Iran’s oil and gas reserves are located.

The arrests were triggered by mass protests that coincided roughly with the anniversary of Ahwazi demonstrations a decade before.

Iran had demanded that Interpol arrest Nahidh, and his assassination is, almost certainly, related to the escalating tensions between Iran, on the one hand, and Saudi Arabia and the US on the other.

Those tensions have been most prominent elsewhere, like Lebanon, where Prime Minister Saad Hariri resigned on Nov 4, charging that Iran was behind a plot to assassinate him. On the same day, Iranian-backed Houthi rebels in Yemen fired a ballistic missile at Riyadh’s International Airport, where it was shot down by a Patriot missile.

But the tensions are evidently extending to other areas, as well. On Oct 25, Saudi Arabia’s Acting Permanent Representative to the UN, Khalid Manzlawi, denounced Iran’s “racial and religious discrimination against non-Persian people, such as Ahwazis, Kurds, Turks, and Baluchis.”