You are here: Home / Europe / Large majority of French people approve of strikes in Syria against ISIS and alliance with Assad: survey 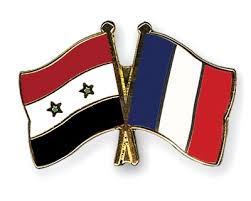 A large majority of French people endorsed Socialist leader Francois Hollande’s decision to strike Islamist fighters in Syria as part of his plan to battle terrorism at home and abroad, a poll showed on Thursday.

An Elabe poll for the news channel BFMTV showed 67 percent of the respondents approved of France’s military offensive against Islamic State in Syria with 82 percent of the Socialists said supporting the strike.

In the right camp, 71 percent of conservatives backed strikes while two thirds of followers of the far-right National front backed the move.

Asked whether Paris should negotiate with Syrian president Bashar al-Assad, 54 percent of 1,002 respondents said they are in favor of being in alliance with the Syrian leader to end the conflict in Damascus.