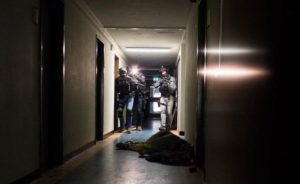 The Dutch authorities will be holding large anti-terrorism exercises in various locations in the Netherlands on Thursday. This “realistic exercise” will be based on a terrorist attack and the consequences thereof, and will involve a large number of participants, the police said, like reported by nltimes.nl.

“The stabbing at Amsterdam Central Station and the arrest of seven terrorist suspects earlier this year make it all the more clear: the chance of a terrorist attack in the Netherlands is still real. In order to be as well prepared as possible for incidents with extreme violence, the police regularly exercise”, the police said.

The drill will focus on the deployment of first responders, as well as on the accompanying national investigation into the perpetrators. Seven police units, the Konninklijke Marechaussee, local safety regions and the Public Prosecution Service will participate in the drills. Exactly where they will happen, the police did not say.

“As police, we do everything we can, together with many others, to prevent an attack”, terrorism portfolio manager at the police Nicole Bogers said. “At the same time, the threat level is still substantial, which means that the chance of an attack is real. During major incidents, various police departments, as well as emergency services, have an important task. It is essential that we are well attuned to each other. Training and practicing on extreme violence scenarios is therefore vitally important.”