You are here: Home / MidEastGulf / Kuwait to send troops to Saudi Arabia to fight Yemen rebels 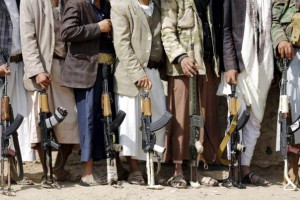 Kuwait has decided to send troops to its neighbour Saudi Arabia to resist cross-border attacks by the Yemeni Houthi movement, the Kuwaiti daily al-Qabas reported on Tuesday citing an informed source.

Though a nominal member of a Saudi-led coalition that has bombed the Iran-allied Houthis for nine months, Kuwait has held off sending ground troops to the conflict in which scores of soldiers from neighbours the United Arab Emirates, Bahrain and Saudi Arabia have been killed.

“Kuwait decided on the participation of its ground forces, represented by an artillery battalion, in operations to strike at positions of Houthi aggression against the Kingdom of Saudi Arabia,” the paper said.

The Kuwaiti foreign ministry did not immediately respond to requests for comment.

Mostly Gulf Arab forces intervened in a civil war in Yemen on March 26 after the Houthis forced its government into exile and appeared poised to seize the whole country.

The conflict that followed saw Gulf and pro-government ground forces claw back some strategic territory, but has left almost 6,000 people dead and plunged the already impoverished country into a humanitarian crisis.

Saudi Arabia and its allies view the Houthis as a proxy for Iranian power in the Arab world – something the Islamic Republic and the Houthis deny.