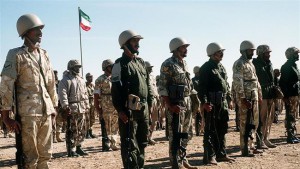 Kuwait’s parliament on Wednesday unanimously approved a request by the oil-rich Gulf state’s government for $10 billion in additional funds for military spending during the next 10 years.

Defence Minister Sheikh Khaled Jarrah Al-Sabah said the money, which is to be placed in a special fund outside the budget, would be used to purchase new fighter jets, tanks and air defence systems.

Sheikh Khaled said it was time to modernise the army’s weapons since existing ones were bought more than two decades ago.

The funds would be withdrawn from state reserves.

The government had earlier requested double the amount but later settled on $10 billion with the promise to include additional funds within the annual budgets when needed and depending on the financial situation, Finance Minister Anas al-Saleh told parliament.

Kuwait is looking to upgrade its firepower amid increased security concerns in the region linked to the rise of the jihadist Islamic State group and sectarian conflicts.

The emirate is a member of the US-led coalition that has been bombing IS targets in Syria and Iraq since last year and is also taking part in a Saudi-led coalition pounding Iran-backed rebels in Yemen.

But it is unclear if the additional funds are also linked to those operations.

The government does not publish specific figures for its defence budget.

The Eurofighter consortium said in September that Kuwait agreed to buy 28 Typhoon warplanes in a deal worth 7-8 billion euros ($8-9 billion).

In November, Kuwait signed 2.5 billion euros ($2.8 billion) worth of fixed and provisional military deals led by the purchase of 24 Airbus-built Caracal helicopters.

Paris said Kuwait would purchase the helicopters for 1.0 billion euros, with an option for a further six.