You are here: Home / MidEastGulf / Kuwait has uncovered a network of Islamic State militants 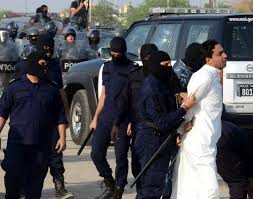 Kuwait has uncovered a network of Islamic State militants who fought in Iraq and Syria and detained several of its members, the interior ministry said on Thursday.

The individuals admitted receiving lessons in the “science of a terrorist organization” and military training, the statement said. “They were involved in fighting operations in both Syria and Iraq.”

The Gulf state launched a security crackdown on Islamist militants after a June 26 attack claimed by Islamic State, when a Saudi suicide bomber blew himself up inside a Shi’ite Muslim mosque, killing 26 people.

The government declared itself at war with militants and said the bombing, Kuwait’s worst militant attack, was aimed at stoking sectarian strife in the majority Sunni state, where the two sects have traditionally co-existed in peace.

An interior ministry source told Reuters the individuals named in Thursday’s statement were not connected to the June 26 attack and it was being treated as a separate case.