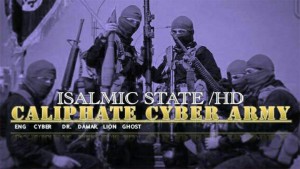 The Arabic-language al-Watan and al-Qabas reported that the 26-year-old man identified as Othman Zebn Nayef was arrested after months of surveillance.

Al-Qabas quoted the interior ministry’s public information department as saying in a statement that Nayef confessed to being “a main member of the so-called Caliphate Cyber Army”, believed to be the electronic arm of Islamic State.

The English-language Arab Times, which carried a similar report, did not identify the department where he had worked, but said he was caught using his office computer to “hack official social media sites of some ‘friendly and sister’ countries to spread the extremist thoughts of the so-called Islamic State”.

The statement said Nayef’s arrest had helped capture two suspects in Iraq and one in Jordan on Thursday, but provided no further details.

Kuwait has waged a crackdown on Islamist militants since a suicide bomber killed 27 people in an attack on a Shi’ite Muslim mosque in Kuwait city in June 2015. Islamic State claimed responsibility for the attack.

In a separate report, al-Qabas said that around 150 Kuwaiti nationals and residents who hold no citizenship, known as Bidoon, were in Syria fighting within armed groups trying to topple President Bashar al-Assad, and that up to 11 have died in the fighting.

The newspaper quoted unnamed sources as saying that some of those fighters have been trying to find ways to return home as they face “extortion” and robbery from fellow militants.

The Kuwaiti government, an ally of the United States, has stepped up its monitoring of individuals and charities suspected of collecting donations for militants linked to al Qaeda in Syria and in Iraq.