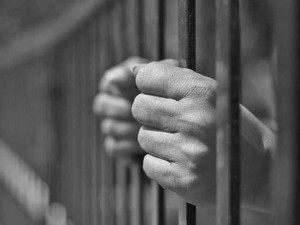 A lower court in Kuwait today sentenced five men to 10 years in jail each for raising funds for the Islamic State terrorist group.

Three of those convicted were Kuwaiti citizens, according to the court ruling.

The court ordered that the remaining two, who were foreigners, be deported after serving the jail term. Their nationalities were not immediately clear.

It also acquitted two others.

The men were charged with raising about 400,000 Kuwaiti dinars ($1.3 million) and transferring the funds to ISIS, which has seized control of large parts of Syria and Iraq and carried out attacks throughout the Middle East.

Over the past year, Kuwaiti courts have issued several rulings against ISIS supporters.

In September, a lower court sentenced seven people, including five in absentia, to death for helping a Saudi suicide bomber carry out an attack on a Shia mosque in Kuwait that killed 26 worshippers and wounded hundreds.