Although until recently it was the most important ally of the West in the Middle East, Turkey is now being criticized by not only Russia, China and Iran but also by Western countries. 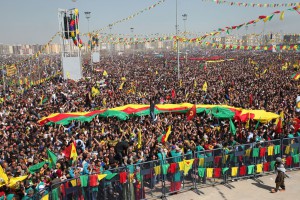 This is because of the country’s recent foreign policy choices. Turkey was a country that was able to talk to its neighboring countries a few years ago but now it has problems with almost all of them because of its ambitions to become the political leader of the Middle East and the Muslim world.

What changed in the world?

The end of the bipolar world in 1989 led to a state of uncertainty for peripheral states. In the end, alignment with one of the camps was a foreign policy choice for most countries. From this perspective, foreign policy options were limited. The end of the bipolar world led to a unipolar but multi-centered world. In different parts of the world, pivotal states were able to maintain domination by taking risks. The Middle East, located along the triangle of Europe, Asia and Africa, has become one of the power centers in this unipolar world and the region has become important because of its oil reserves and energy. Turkey appeared to be a rising star in the region thanks to its democratic experience, secular state, EU membership bid, integration with the West and NATO, and its historical and cultural connections with a number of countries in the region.

It was the Justice and Development Party (AKP) that realized the potential of Turkey in the region. Thanks to the AKP’s active and constructive foreign policy, Turkey has become the first to achieve its main goals in the region. The “zero problems with neighbors” policy, the mediation roles to settle disputes among the countries in the region and the close relations with the US have been the main assets of Turkey in this period.

The socialization of politics through democratic moves in the EU membership bid and achievements in the economic field have supported Turkey’s proactive moves in the foreign policy field. As a result of these developments, Turkey became a strategic partner for the US in the region.

The Arab Awakening and Syria

The Arab Spring, which started in Tunisia at the end of 2010, toppled authoritarian regimes in Tunisia, Egypt and Libya and the West supported this process. There were two results from the Arab Spring. First, Israel became alienated in the Middle East; second, the Muslim Brotherhood emerged as an important actor on the political stage.

But the Arab Spring failed in Syria. The opposition that rose up against the Baath regime to demand democratic rights failed to bring about the change they promised. The Russian, Iranian and Chinese support for Syrian President Bashar al-Assad showed that there was a power struggle in the Middle East that was centered in Syria.

A radical Islamist group, the Islamic State in Iraq and the Levant (ISIL), emerged as an important actor in Syria because of the prolonged civil war. In this process, the US and Russia have almost reached an agreement to keep Assad in power due to the growing influence of this violent group. Second, the administration of former Egyptian President Mohamed Morsi reinforced the radical Islamists rather than introducing moves toward democratization. A coup was staged against him because of the misuse of the democratic experience. Both the coup in Egypt and the situation in Syria reveal that the West, Russia and China are bothered by the rise of radical Islam.

Turkey’s role in the Middle East

In this period, Turkey maintained good ties with Morsi and improved bilateral relations. Turkey also extended its full support to Egypt for the success of the democratic experience. Likewise, Turkey sided with the opposition forces that were eager to introduce democratic order in Syria. But Turkey also supported radical Islamist groups and elements inside Syria. Journalists were sent to prison because they reported on this support and prosecutors and military servicemen who revealed this scandal were expelled or arrested.

The Kurds and Iran are new actors

Turkey is experiencing alienation now because of the agreement between the West and Russia over Egypt and Syria. This is why Turkey did not join the operations led by the West against ISIL for a long time. In the meantime, the Kurds filled the void, serving as the local allies of the West in their fight against ISIL. Turkey preferred alienation in this particular case.

In short, unfortunately, the risks Turkey took failed; currently, Turkey is seen as a source of troubles rather than a partner by the West.

The successful finalization of the nuclear talks between the West and Iran may further alienate Turkey in the Middle East, particularly if the arms embargo is lifted. The West is trying to fill the void left by Turkey by approaching the Kurds and Iran. As Turkey declines, the Kurds and Iran rise.