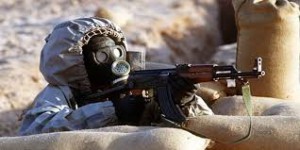 The officials of the foreign relations in Kurdistan region, Falah Mustafa has asked for assistance from Iran to counter chemical attacks by “ISIS” organization against Peshmerga forces.

Mustafa described the use of this terrorist group for the chemical weapons as a serious threat, calling on all friends of Kurdistan to support it in this area.

The “Press TV” Iranian channel quoted Mustafa, as saying that “Iran has a lot of experiences in facing attacks with chemical weapons and we need support from Tehran in of the fight against ISIS“.

The reports said that the chemical weapons used by “ISIS” against Peshmerga forces are likely to be chlorine gas or mustard gas.