Backed by the US-led coalition’s air support, the Syrian Democratic Forces (SDF) on Monday expelled ISIS militants from the strategic town of Jaabar in western Raqqa Governorate, like reported by aranews.net 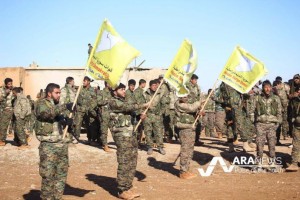 After days of heavy clashes with militants of the Islamic State (ISIS), the Kurdish-led SDF troops were able to liberate the Jaabar town on Monday evening.

“The liberation of Jaabar will pave the way for our forces to accelerate the anti-ISIS operations in western Raqqa,” SDF officer Habun Osman told ARA News.

“The town contained a main weaponry storage centre for ISIS. The facility is now controlled by the SDF,” the Kurdish official said.

Jaabar was also used by ISIS as a supply route between the city of Raqqa and its northwestern countryside.

At least 53 ISIS militants were reportedly killed in the fight for Jaabar.

The progress comes as part of the SDF-led Euphrates Wrath Operation that aims at isolating ISIS in Raqqa and eventually liberate the city, which is deemed a de facto capital for the radical group.