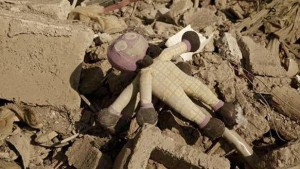 Returning from a three-day fact-finding mission in northern Iraq, the legislators told reporters Friday that the Turkish raids on Aug. 1 struck the town of Zargel, also injuring at least 27 civilians. Six homes were totally destroyed and other buildings, including a mosque, were damaged, they said.

The lawmakers said there were no rebel camps in the region and called for legal action against officials responsible for the attack.

The military said last week that the area struck was not a civilian settlement but a Kurdish rebel “sheltering area.”