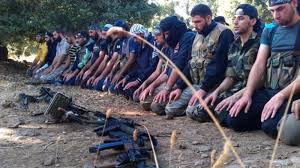 Speaking at the 93rd NATO Parliamentary Assembly Rose Roth seminar, which was held in Pristina for the first time, Kosovo Interior Minister Skender Hyseni said his country had sharply cut the number of people going to fight in Syria and Iraq from 300 to just two in the last year.

“This year, we had only two cases of our citizens trying to go to fight to Syria. This is clear sign that we have managed to downscale and successfully combat any attempt at violent extremism,” Hyseni said.

He added that the Kosovo parliament will soon adopt regulations to improve cooperation on this and other matters with the Islamic Community – and also deal with illegal mosques that in some cases became recruitment centres for jihadists.

Kosovo has prosecuted several imams, accusing them of recruiting Kosovars to fight in the wars in the Middle East.

Abit Hoxha, a researcher affiliated with the Kosovo Centre for Security Policy, a think tank, said the government still needs to take a more holistic approach to the issue.

“Radicalization needs to be tackled with a more holistic approach. This issue needs to be talked about in schools, universities and local communities with the people who are affected by it,” Hoxha said.

Most Kosovars who fought in Syria and Iraq were young and unemployed, research published by BIRN this year showed. Kosovo is also the country which has launched the most prosecutions in the region for fighting in foreign conflicts.

BIRN editor Marija Ristic said the problem of radicalization does not end in a courtroom or in jail but must be tackled from perspective of preventing people from going to fight and rehabiliting those who come back.

“Putting someone in prison should not be the end of fighting radicalization. Proper rehabilitation programs need to be developed, especially when people leave prison and come back to their small villages, where they face further stigma and isolation,” Ristic said.

She also pointed to possible human rights abuses of people who had been arrested and to the lack of regional cooperation among Balkan countries in sharing information about the recruitment network.

Around 900 people from the Balkans went to Syria and Iraq from 2012 to 2015. But in 2016, less then 20 people left, after countries in the region adopted tough laws and penalties for those who take part in foreign conflicts.

The country wishes to join both the EU and NATO, though its integration process has been slowed by disputes over Kosovo’s independence, proclaimed in 2008.

Kadri Veseli, head of the ruling Democratic Party of Kosovo, PDK, and chairman of the Kosovo parliament, said Kosovo was working on upping its security capacities, aimed at reaching the most modern standards.

He also asked Kosovo’s international partners to assist it in forming a regular army.

Parliament “is expected to take a decision on transformation of the Kosovo Security Force, KSF, into the Armed Forces of Kosovo. We want to thank our partners for their commitment and continuous help in fulfilling those standards,” Veseli said.

The US Ambassador to Kosovo, Greg Delawie, added that for the time being the NATO-led peacekeeping force, KFOR, will not withdraw from Kosovo, as Kosovo still does not have its own army.

“We will not allow a gap being created,” Delawie said, adding that transformation of the KSF into army of Kosovo should be done carefully.