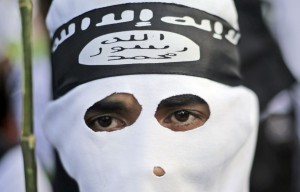 The number of coalitions fighting against the Islamic State (IS) increases over time. The coalition headed by the US has garnered the support of more than 60 countries.

Russia’s intervention has received blessings from Syria, and the Islamic anti-terrorism coalition conceived by the Saudis this month has received wide support from Muslim nations. Yet, none of these coalitions features Indonesia.

Indeed, Indonesia has emphasized combating homegrown terrorist groups more. Thus, concerns are automatically heightened for Indonesians who support IS and who are known to have travelled into its territories and returned. Those returnees are easily stigmatized as potential terror threats.

Not all who’ve joined IS were successful. Many reportedly return bearing no intention of inflicting harm upon fellow citizens.

However, the screams of persecution still ring loud for anyone known to sympathize with or to have joined IS. This limits our ability to understand and to learn about what made them come back, after failing to join IS.

In November 2015, the National Intelligence Agency (BIN) announced that around 100 Indonesians suspected to have joined IS had returned home. National Police chief Gen. Badrodin Haiti said some 60 to 70 people had been identified.

So far, the National Police and the National Counterterrorism Board (BNPT) have sought to prevent further recruitment of Indonesian nationals to IS by establishing surveillance networks nationwide. The government has also banned any endorsement of or support for IS, and enlisted local Muslim authorities to denounce the group. However, in terms of the international stage, Indonesia must do more to monitor and contain the spread of IS.

With coalitions worldwide fighting against IS through military means, Indonesia has done well to resist jumping on the bandwagon.

The government’s latest move of opting out of the Saudi-led military coalition shows that Indonesia will not resort to defeating IS through military means.

Instead, intelligence sharing, such as the decision by President Joko “Jokowi” Widodo to cooperate with Turkey this year, has put us on the right track. However, it’s not enough for us to deploy our agents in Turkey. Although it’s the most common entry point for would-be members, similar steps should also be taken with Egypt, Lebanon and other Middle Eastern countries, as they serve as alternative entry points into IS territory.

Undermining all these entry points would gradually erode IS’ supply of fresh manpower. Indonesia could also play a role in bridging the intelligence gap between the Middle East and Asia.

In addition, by understanding and learning from failed IS members who have returned home, Indonesia could share information with other countries to help them to take similar measures.

To be fearful is not an option.

Indonesia is the largest Muslim-majority country in the world, and that is our trump card. We shouldn’t be dragged down under the religious schism between the opposing political views of Sunni and Shiites.

We’ve done a tremendous job defusing threats of terrorism within our country thanks to a combination of strong democratic governance, a stable political environment and positive economic growth, all of which have helped lift millions out of poverty.

Such results and the formula for achieving them must be shared by Indonesia with states conflict with IS, such as Syria and Iraq, to inform their foreign policy on IS. This would prevent any prospect of similar events emerging in the future within the larger Middle East region.

Still, as Indonesia position itself outwards, it should not forget to look inwards. Despite our success in achieving stability, we must remind ourselves that as a pluralistic nation, Indonesia still has issues concerning religious harmony.

Even though we’ve addressed the issue of IS defectors, shared our intelligence and avoided military intervention, should we fail to address the problem at home the whole structure will fall apart.

This is the role that Indonesia should play through its foreign policy on IS. We should avoid spending a colossal amount on bombarding IS, as that may not bode well with the majority of our population.

Indonesia should establish its own coalition that openly shares information on IS, eliminates the stigma on returnees and advocates for a non-violent approach.

Lest we forgot, Sun Tzu mentioned, “If you know the enemy and know yourself, you need not fear the result of a hundred battles.” In short, if we can identify IS’ weaknesses and our own weaknesses, then we’ll surely triumph over them.