You are here: Home / Europe / Kids under nine among 4,000 people referred to UK’s anti-terror program

Just under 4,000 people, including kids under nine, have been reported to the UK’s main counterterrorism scheme in 2015, according to newly-released data. 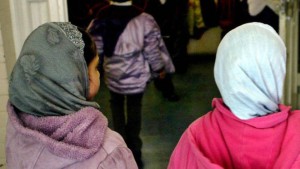 The increase comes after the government tweaked the so-called “Channel” anti-radicalism program, making it compulsory for schools, prisons and NHS trusts to refer any possible young extremist.

The new rules, which came into force last year in July, are thought to be behind the increase. But the data, which was made public via a Freedom of Information request by the Guardian, also seems to suggest that UK public bodies have become much more vigilant when it comes to spotting extremism.

This might be due to growing fears of terrorism after the rise of the Daesh, also known as Islamic State; the terror attacks in France and elsewhere. There are also increasing concerns over Muslim families or individuals traveling to Syria and Iraq to join Daesh.

The “Channel” system however, is not as straightforward as it seems. This was amplified by the the much-publicized case of a three-year-old child being referred to the service for being at risk of radicalization.
Other figures released in January also found that 415 children aged 10 or under and 1,424 secondary school children had been reported to the program in England and Wales since last July.

The targeting of very young individuals is one of the reasons the program has been criticized since its inception in 2007. Others have pointed out that it unfairly singles out people who express a view — without actually committing a crime; the excessive policing could marginalize or enrage the more vulnerable Muslim youths, who could be further pushed to embrace extremism as a consequence.

It is even unclear whether the program works at all, as many wannabe terrorists such as the so-called “Birmingham three” have managed to elude it.