You are here: Home / MidEastGulf / Khamenei: US evil regardless of Trump’s election

“We have no judgement on this election because America is the same America,” the Iranian leader said during a broadcast on state television. 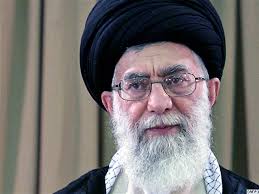 The recent election of Donald J. Trump to the presidency of the United States has little impact on the Islamic Republic, Iran’s supreme leader Ayatollah Ali Khamenei said Wednesday, according to AFP.

“We have no judgement on this election because America is the same America,” the Iranian leader said during a broadcast on state television.

“In the past 37 years,” he continued, “neither of the two parties who were in charge did us any good and their evil has always been directed toward us.”

According to AFP, the speech was the first publicly heard comments from the Iranian leader since Trump won the presidency on November 8. Trump took an aggressive posture towards Tehran throughout the American campaign season, promising to roll back last year’s Iran nuclear agreement signed with world powers including the United States.

Advisers to Trump have said he plans to strictly police the Iran nuclear deal formally known as the Joint Comprehensive Plan of Action, which the 45th commander- in-chief has referred to as a “disaster” and one of the worst ever negotiated in history.

“We neither mourn nor celebrate, because it makes no difference to us,” Khamenei said.

“We have no concerns. Thank God, we are prepared to confront any possible incident.”

The US and Iran have not had formal relations since 1979, when Iranian activists stormed the American embassy in Tehran, capturing 52 US citizens holding them for 444 days.
jpost.com