You are here: Home / West Asia / Khak-e-Afghan district has become a Daesh stronghold 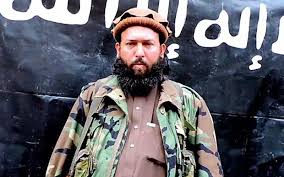 Local security officials in southern Zabul said on Thursday that the Khak-e-Afghan district has become a Daesh stronghold and that Afghan forces retreated from the area eight years ago.

Security sources added that in this time no military operation has ever been launched to retake the district and that Afghan forces have never battled Daesh in the area.

The statement comes after officials in Kabul have maintained that military operations were carried out – specifically to rescue 31 passengers taken hostage by Daesh eight months ago.

This latest development follows on the heels of the beheading of seven Zabul residents by Daesh militants a few days ago. Among the victims were three women.

The barbaric act meanwhile sparked countrywide outrage which resulted in tens of thousands of people taking to the streets of various cities around the country in protest over the incident.

Meanwhile, Zabul provincial council officials criticized government over not being able to take action against Daesh militants and not monitoring border regions with Pakistan. They said the open border enables Daesh and Taliban militants to come and go freely between the two countries.

Located along the Kabul-Kandahar highway, Zabul has always been a dangerous area for travelers.

Residents in Khak-e-Afghan district say they are tired of Daesh in their area and many families have fled their homes in the past few days due to Daesh activity.

Residents claim Daesh militants commit all manner of brutality and suppression against them and that many of them have had their homes seized by Daesh militants.

A resident said: “They (Daesh) have seized homes by force and have said they bought the properties.”

Eight months have passed since Daesh started its activities in the district, there are some rumors that nearly 800 families associated with Daesh live in Khak-e-Afghan district, said officials.

Attaullah Haqparast, a member of the Zabul provincial council said: “Uzbek and Chechen along with Arab militants are fighting (in the area). They are supported by Pakistan’s spy agency ISI and receive resources through Pakistan.”

Meanwhile, President Ashraf Ghani said: “During this period the place of holding hostages was changed 56 times. In order to keep them from the security forces and from military operation rescue attempts. As a result of these operations we managed to free 19 of the 31 hostages on one occasion and a further eight during another operation.”

Zabul police chief Ghulan Jailani Farahi said: “Until now we have not fought Daesh face-to-face and they have never come out to fight with us directly.”

Zabul security officials have confirmed that Taliban and Daesh fighters have fought each other on a number of occasions in Khak-e-Afghan district and neighboring areas in recent months.