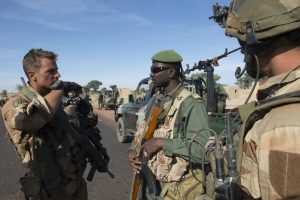 French armed forces killed Soumana Boura, a leading member of the Islamic State (IS) group in Niger and a key suspect in the August 2020 murders of French aid workers in the West African country, the French defence ministry said on Tuesday according to france24.com.

The French army said Boura was killed on December 20 in an air strike carried out by “Operation Barkhane” anti-terror forces north of Tillabéri, in northwestern Niger.

The IS group militant was a key suspect in the August 2020 murders of six aid workers, aged between 25 and 31, and their two local guides while they were visiting a nature reserve. The jihadist group had claimed responsibility for the killings.

Colonel Pascal Ianni, the French army’s general staff spokesman, told AFP that Boura had filmed the execution of the eight victims in August and overseen the publication of the footage.

Boura’s death comes four months after French forces announced the killing of Adnan Abou Walid al-Sahrawi, the head of the IS group’s Greater Sahara branch (ISGS) and the alleged mastermind of the deadly attack on French aid workers.