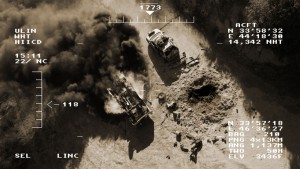 A key Islamic State (IS) local leader along with 10 more fighters of the extremist group have been killed during drone strike in eastern Afghanistan, a local TV reported on Friday.

Citing local officials, the Tolo TV channel reported that IS leader Hafiz Saeed was killed with 10 other fighters in the air strike which was carried out in Zhwara area of the mountainous Achin district in Nangarhar province.

However, it didn’t mention the exact date of the air strike.

It has mentioned that Saeed had served as a commander of Tehreek-e-Taliban Pakistan (TTP) before pledging allegiance to IS last year.

Officials have yet to make comment on the report.

Militants loyal to IS claimed responsibility for attack on Pakistani Consulate in Nangarhar’s provincial capital Jalalabad on Wednesday, which left 10 dead, including three attackers, and injured nearly a dozen others.