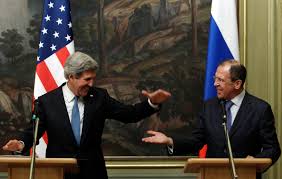 The United States and Russia agree on “some fundamental principles” for Syria, the U.S. Secretary of State John Kerry said on Tuesday, adding that he plans to meet again with Russian Foreign Minister Sergei Lavrov on Wednesday.

“There was agreement that Syria should be a unified country, united, that it needs to be secular, that ISIL (Islamic State) needs to be taken on, and that there needs to be a managed transition,” Kerry told MSNBC in a television interview, adding that differences remained on what the outcome of such a transition would be.