You are here: Home / Senza categoria / Kerry about ISIS: “Nothing less than to chart a course out of hell” 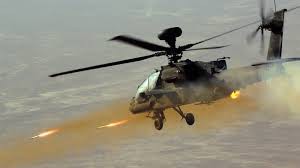 Aircraft continue to destroy ISIS targets every day. But the Obama administration is frustrated by the glacial rate of progress and about to ramp up the war in ways that could increase the risk of American combat casualties.

One plan would use Apache helicopter gunships, which are much more vulnerable to ground fire than jet aircraft, to fly missions in support of Iraqi troops trying to retake the city of Ramadi. Other proposals would increase the number of American advisers in Iraq and place them closer to the front lines.

As Defense Secretary Ash Carter made clear in Congressional testimony, there is a new sense of urgency about defeating ISIS.

“I can’t tell you how long it will take, but i think that it needs to be soon — which is why we’re so intent on strengthening our effort,” Carter said.

Last week, Master Sergeant Joshua Wheeler became the first American killed in action when he was mortally wounded in a raid on an ISIS prison. Carter said there would be more Special Operations raids to come.

That signals a fundamental change in what has been until now a war of attrition, with air strikes to kill enemy fighters and destroy their equipment without dislodging them from key cities like Ramadi and Mosul in Iraq and Raqaa in Syria, where the headquarters for ISIS is located.

The key to northern Iraq is the city of Mosul, occupied by ISIS for more than a year. Iraqi forces pledged to take back the city of more than one million people, but nothing has happened.

U.S. military officers complain about how slowly the Iraqi army is moving to retake Ramadi. In Syria, U.S.-backed fighters are doing a much better job of fighting, but there just aren’t enough of them to drive ISIS out of its headquarters in Raqaa.

The operation to take it back should have gone ahead six months ago, but the Iraqi army is stalled over a hundred miles away.

Commanders in Kurdistan tell CBS News the Iraqi army simply can’t do it alone — but even with the backing of American firepower and intelligence, there is another overwhelming obstacle.

The Iraq army is mostly Shi’ite – and Mosul is a Sunni city.

That means it’s filled with people who, crazy as it sounds, actually support ISIS, or at least believe that rule by ISIS is better than having their city taken by a Shi’ite army backed by a corrupt government in Baghdad. Bottom line: it is not going to happen anytime soon.