You are here: Home / Africa / Kenya: somali leaders must to name terror allies in 7 days 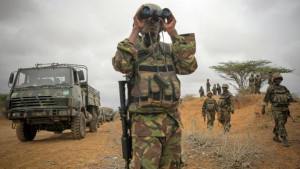 Political leaders from Northeastern have vowed to furnish the State with the names of suspected terrorists, their financiers and sympathisers in a week’s time, as reported by T.

The leaders at the same times pledged Sh15 million to the families of the victims of the Garissa University College terror attack in which over 148 students were butchered in cold blood by al Qaeda-linked al Shabaab militants.

Over 80 others were injured when the gun-toting terrorists stormed the Moi University affiliated campus in the wee hours of Thursday morning.

In what appeared to give credence to claims of collaboration amongst local communities with the al Shabaab terror group in the massacre of over 150 students of Garissa University, the leaders seemed to admit that the killers were aided by local agents.

“We recognise the reality of collaborators amongst our communities, and we will, with immediate effect, commence to identify, document and expose the members and financiers and sympathisers of al Shabaab,” the leaders said in a statement.

There have been concerns that the terrorists may have been aided by local partners to access the university, where they butchered students in a 15-hour hostage carnage before they were gunned down.

They termed the Garissa University attack on learners as based on a barbaric ideology that does not proclaim Islam and pledged their “unwavering commitment” to fight al Shabaab.

“We are cognisant of the fact that murderous criminals, purporting to profess our faith of Islam, have committed this heinous act. We want to disassociate ourselves and our Islamic faith from the actions of these demented monsters,” said Duale, who read the statement on the Northeastern leaders’ behalf.

“They are not Muslims and do not represent us. We will do everything in our power to expose and eliminate them from our midst.”

The leaders said they will, in conjunction with the Supreme Council of Kenya Muslims, vet all imams and all personalities and institutions involved in religious activity to weed out radicalised elements.

The leaders addressed the press at Boma Hotel, Nairobi, even as it emerged that an angry President Uhuru Kenyatta apparently snubbed them at State House, Nairobi, in the morning yesterday.

The leaders wanted to meet the President and brief him on the steps they intend to take to actively involve their communities in the war on terror and radicalisation.

Uhuru is understood to have instead instructed Industrialisation Cabinet Secretary Adan Mohammed and the Presidency Adviser on Constitutional Affairs Abdikadir Mohammed, both of whom hail from the region, to join the leaders at the Boma Hotel in seeking specific approaches in the war on terror.

“The President appears let down by some of the political leaders from Northeastern who are lukewarm in the fight against al Shabaab. He wanted them to take responsibility and provide solutions to radicalisation without what may be seen as pressure from State House,” a source within government aware of the events told the Star in confidence.

The leaders at the same time urged the State not to withdrawal the Kenya Defence Forces currently fighting al Shabaab inside Somalia as suggested by opposition chiefs led by Raila Odinga.

The leaders also demanded the immediate closure and orderly relocation of refugee camps in the region, saying “they have become centres of training and breeding grounds” for terrorism.

“The time has come when the security of Kenyans is paramount as opposed to international obligations that have made us suffer,” Duale declared.