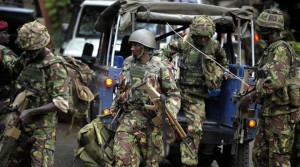 Kenya is working with rich Arab nations to stabilise Somalia as it seeks to stop attacks by Al-Shabaab militants trained in the lawless country.

Foreign Affairs Cabinet Secretary Amina Mohammed said the country has embarked on winning the hearts and minds of the Somali people to speed up the military exit, stabilise the country and stop radicalising youths.

She said the country was working with resource-rich United Arab Emirates, countries in the Arab League as well as other development partners, to rebuild and stabilise Somalia.

“UAE has partnered with us through the United Nations High Commissioner for Refugees (UNHCR) to provide humanitarian support to refugees in camps and has also provided direct support to the government,” she said.

She was speaking during a joint press briefing with her UAE counterpart Sheikh Abdallah in Nairobi on Monday.

The two ministers then left for State House to brief President Kenyatta.

The UAE minister said his country was also keen on regional matters, such as the crisis in Burundi, South Sudan, Somalia and even further across the border in Libya.

On Monday, the UAE Foreign Affairs minister said its effort to stabilise Somalia and other volatile countries in the region had the backing of the Arab League, African Union and the European Union.

Some of the measures put in place include building the capacity of the country and equipping its government.

Mr Abdallah warned that Somalia is still fragile and it needs to build industries that can create jobs to stop youth radicalisation.

“We are also supporting the Somalia president in forming a stable government,” he said.

Ms Mohammed said the two countries had also agreed to strengthen bilateral relations and open up both economies to more investments from the Arab country.