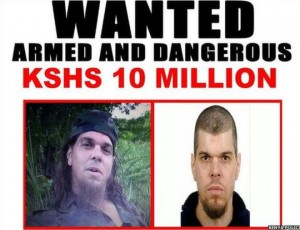 Kenyan police have issued a $100,000 (£64,000) reward for the capture of a German national accused of taking part in an al-Shabab attack on Sunday.

Andreas Martin Muller, who has the alias Abu Nusaybah, is alleged to be one of the gunmen who attacked a military base in Lamu county.

Another foreigner, Briton Thomas Evans, also took part in Sunday’s assault and was killed in the fighting.

Sunday’s attack is part of a growing number of assaults in Kenya carried out by the Somalia-based Islamist al-Shabab group.

Kenyan soldiers are part of an African Union force which is battling al-Shabab in neighbouring Somalia.