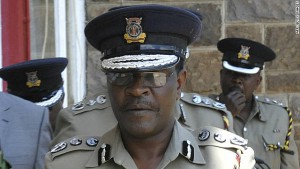 A court in Kenya instructed authorities to deport two Iranian citizens who were accused in the beginning of December 2016 of plotting a terror attack against the Israeli embassy located in African country’s capital of Nairobi, according to Israel Radio Wednesday.

The court order was released after the Kenyan prosecution and the Iranian Embassy in Kenya reached a mutual agreement in regard to the completion of the criminal process against the two Iranians.

The pair were arrested two weeks ago while driving a car with a diplomatic license plate near the Israeli embassy. Upon their arrest, it was discovered that they had a video documenting the building where the embassy is located.

They were then accused of gathering information in order to plan and carry out a terror attack.

Sayed Nasrollah Ebrahimi, Abdolhosein Ghola Safafe and driver Moses Keyah Mmboga “were found taking video clips of the Israeli embassy … for the use in the commission of a terrorist act,” according to a court indictment.

This is not the first time Kenyan courts have accused Iranian citizen of planning to execute terror attacks.

In 2013, authorities indicted two Iranian citizens who had planned several terror attacks against Western targets in Kenya. They were sentenced to serve a lifetime in jail. Their punishment was later reduced to 15 years of imprisonment.

In 2002, 15 people died when an Israeli-owned hotel was bombed in the coastal town of Mombasa. Meanwhile, an attack was planned against an Israeli airliner carrying over 200 passengers on the same day.
jpost.com/