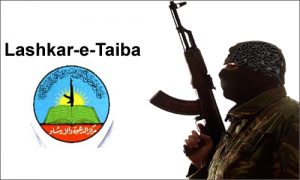 Lashkar e Taiba always maintained close ties with Al Qaeda which recognized it as an important faction on the Global Jihadist Front. Both groups can trace their formation to Afghanistan, like reported by moroccoworldnews.com .

Such are the connections that led to Lashkar being known to security analysts as a splinter group of Al Qaeda in Kashmir. Fighting the ‘Holy War’ against Indian control in Kashmir, fighters of Lashkar are some of the fiercest and best trained guerillas, relying on vital Afghan experience.

Al Qaeda, although operating from a different doctrine than the Taliban, never challenged the Emirate established by the Talibs of Mullah Mohammad Omar, reported to have died of tuberculosis in 2013. ISIS rejected the Talibs as Deviant Jihadists for restricting the Emirate to Afghanistan for garnering international support. They also demanded allegiance to the New Caliph, Abu Bakr Al Baghdadi Al Qureshi the leader of Islamic State Army.

The Taliban had to counter this new propaganda shaping into reality under its bedrock of control. In response, with the potential of defections, the Taliban leadership rallied its forces against a peculiar threat of ISIS that doesn’t only fight “western Infidels” but won’t spare their own brothers in arms, fighting against the West’s “War on Terror.”

Various known figures from Al Qaeda defected and pledged allegiance to the Islamic State’s Global Caliphate, leaving Al Qaeda unstructured and at its weakest point. Some of the top Lashkar operatives and tested fighters also defected to ISIS in Pakistan, migrated to Islamic states in Khorasan province and pledged allegiance to Baghdadi. ISIS in its monthly Dabiq magazine called Jihadist factions fighting in Kashmir apostates for their close links with Pakistan and their “hidden agenda” of acceding Indian controlled Kashmir to Pakistan. ISIS shared its viewpoint on TTP about the Pakistan Army as apostates. It alleged that jihadist factions fighting against the Indian army were deviants fighting for Pakistan’s interest. This was a claim rejected by Laskhar who believe in establishing a Shariah State based on Salafist Interpretations of Islam in Kashmir, as per their official mission statement.

Khan Saeed Khan, is the TTP (Tehreek e Taliban) commander who defected to the Islamic State, was appointed as Emir of Khorasan, an area comprised of Afghanistan, Pakistan, Turkmenistan, extending into parts of India and China, in 2014. In an interview with ISIS Dabiq online magazine’s 13th edition, he explained that specific arrangements were under way to expand the ISIS mission of fighting the “Hindu Cow Worshippers and Pakistan Agents” in Kashmir. He continued saying, “When they have to preserve their interests (Pakistan Army’s), they ceasefire, withdraw, and retreat. The intelligence agencies have left Kashmiris in the middle of the road and in the worst of situations. Pakistani ‘interests’ always fluctuate back and forth; Many Kashmiris and soldiers of militant factions left and made Hijrah (Migration) to Khorasan Province.”

Downplaying Lashkar for not been able to have control over the region and failure of establishing a Shariah governing state in Kashmir, Khan added “There’s a big opportunity to establish the religion of Allah there (Kashmir) and for IS to expand to it.”

Just two days back, Islamic State fighters from the Uighur ethnic minority vowed to return home and “shed blood like rivers” in the first video released by Islamic State targeting the Chinese Government. This maybe directly linked with the Khorasan province’s increasing capabilities of mobilizing the Fighters under Khorasan Emir Khan Saeed. February was the deadliest month so far in 2017 for Pakistan, with hundreds of people dead in Islamic State and TTP suicide bombings across Pakistan. The scale is clearly showing the advanced operational capabilities of these groups, and the seemingly limitless ability of ISIS propaganda art to reach Khorasan province.

According to police sources, more than 100 youth have joined the militancy since Hizb ul Mujahideen Commander, Burhan Wani, was slain by security forces last July. Burhan Wani’s funeral morphed into an uprising. Never before had Kashmir seen such support for a young militant. Some 300,000 people participated in his funeral. 2016 unrest saw hundreds of civilians killed and thousands more injured, making it more fertile ground for Global Jihadists like the Islamic State to expand and assert their authority by forerunning the Kashmir Cause.

The Islamic State remains a threat for Indian Intelligence, as the now infamous black flags can been seen waved almost every Friday by young protesters. This is despite the claims of security agencies that there is no recruitment by the Islamic State in Kashmir and they have complete control over the situation.

What seems to be an evident battle between ISIS and Lashkar over control in Kashmir, it still remains ambiguous. Does ISIS have any presence or is it executing plans to enter Kashmir? The race for funding, affiliations and foot soldiers has already begun but, ironically in Kashmir, young men are seen waving both flags together, apparently unaware that these groups are engaged in a battle with each other, ready to kill or be killed.

ISIS holds the same verdict against two other major Jihadist factions, Hizb Ul Mujahideen and Jaish e Muhammad. It has not excluded any group that has not accepted the authority of ISIS as a Global Jihadist front, replacing Al Qaeda.