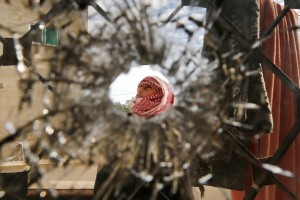 A brazen assault claimed by ISIL in the southern Jordanian city of Karak this week signalled a change in tactics for the group, which had previously seemed reluctant to launch large-scale attacks in the kingdom, analysts say.

ISIL has not claimed any of the attacks carried out in Jordan over the past two years by apparent lone wolves with a history of radicalisation. But analysts say the group may have been lying in wait, observing the reaction of the Jordanian public to determine how much support they had in the kingdom before directly pursuing and declaring their own operations.

Admitting it carried out Sunday’s attack in Karak, which killed 10 people and injured 34, suggests “ISIL’s open confrontation with Jordan has marked a new stage,” said Mohammad Abu Rumman, a researcher at the University of Jordan’s Centre for Strategic Studies who specialises in the study of extremist groups, and a columnist for the Amman-based Al Ghad daily newspaper.

This stage “is directly targeting Jordan” from the inside, with attacks carried out by radicalised Jordanians, he added. “ISIL is growing in Jordan and this is worrying. The danger lurks inside the country.”

Sunday’s attack was only the second in Jordan to be claimed by ISIL. The group also claimed a suicide bombing at a border crossing with Syria in June that killed seven members of the Jordanian security forces.

The Karak assault came just weeks after three US special forces soldiers were shot dead at a military base in the southern city of Al Jafer by a member of the Jordanian security forces. That attack was not claimed by ISIL, however, and the circumstances are still being investigated.

With ISIL now in retreat in Syria and Iraq, it is seeking to mobilise extremist cells beyond its self-declared “caliphate”, Mr Abu Rumman added.

Sunday’s attack also marked the first time the group had targeted civilians in Jordan, something it had previously avoided for fear of alienating the public. The Karak attack, in which two Jordanian civilians and a Canadian tourist were killed, suggests that this is no longer a concern.

“ISIS is no longer concerned about losing public support. There is a change in their tactics against Jordan and they have adopted an increasingly confrontational approach in a country it regards as part of its orbit,” said Hasan Abu Hanieh, an independent expert on extremist groups.

“Now the group is increasingly targeting security forces and foreigners which sends a message to those who carry their ideology to carry out copycat attacks.”

A few weeks before the border bombing in June, five intelligence agency staff were killed in a shooting attack on their office on the outskirts of the Baqaa Palestinian refugee camp, near Amman. The government described the attacker as a lone wolf – someone who was inspired by ISIL’s ideology but acted alone.

In March, Jordanian security forces killed seven militants wearing explosive belts in a raid on an ISIL-linked cell in Irbid, a city close to the Syrian border. A soldier was also killed during the raid and 13 other militants were arrested.

Since ISIL began capturing territory in Iraq in 2014, Jordan has cracked down harder on extremist groups and their sympathisers. Authorities have taken measures that include freezing the financial assets of known extremists, arresting militants and sympathisers, and banning preachers who promote hate speech from delivering sermons.

But the threats continue. On Tuesday ISIL vowed that attacks against members of the US-led coalition fighting the group in Syria and Iraq – which includes Jordan – will be more severe than ever before, according to the ISIL-linked news agency Amaq.