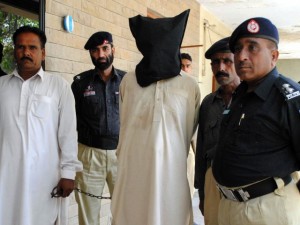 The Karachi Police‘s Counter terrorism department arrested a militant of Islamic State of Iraq and Syria ( ISIS) for recruiting young men and deporting them to Syria.

During the initial investigation, it was revealed by the suspect of sending three young men to Syria and one among them has been killed, reports the Dawn.

The suspect belonged to the banned Jundullah (Haji Aqakhel group) and was collecting funds for the IS in Karachi and Quetta.

Meanwhile, the Rangers claimed to have detained two suspected militants belonging to a banned group.