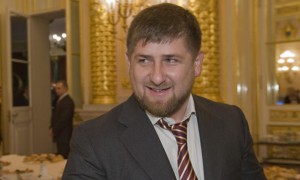 Members of Chechnya’s special forces have been fighting against the Islamic State in Syria since the terrorist organization’s formation, Chechen leader Ramzan Kadyrov said during an interview aired on the Rossiya 1 television channel Sunday.

Kadyrov claimed that Chechen special agents were sent to Syria, infiltrated the Islamic State and are now acting as informants for the Russian military campaign in the country.

Kremlin officials declined to comment on Kadyrov’s claims. Kremlin spokesman Dmitry Peskov said that all the information about the activities of the Russian military in Syria has been already made public by the country’s Defense Ministry, the RBC news website reported Monday.

Russia has conducted a campaign of air strikes in Syria since Sept. 30, maintaining that the operation is aimed at the Islamic State.

President Vladimir Putin last year said up to 7,000 people from Russia and former Soviet states were fighting in the Middle East for the Islamic State, a terrorist organization banned in Russia.

Many of them come from the North Caucasus, where a low-level Islamist insurgency has simmered since the 1990s.