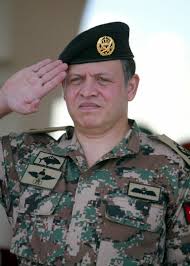 According to iraqinews.com, on Tuesday, PM Haider al-Abadi said that Iraq is fighting a war against terrorist organizations threatening the security of the region and the world, while Jordan’s King Abdullah II affirmed, during a telephone conversation with al-Abadi, his country’s full support for Iraq in fighting “terrorism,” in addition to its support in military operations that will take place in Al-Anbar and Mosul.

Abadi’s office said in a statement followed by IraqiNews.com, “Prime Minister Haider al-Abadi received today a telephone call from King of the Hashemite Kingdom of Jordan, Abdullah bin al-Hussein,” noting that, “During the call, they discussed strengthening bilateral relations between the two countries, as well as the political and security situation in Iraq and the region, and the fight against ISIS.”

According to the statement, the King Abdullah expressed Jordan’s full support for Iraq in countering terrorism and its support in the coming military operations in Anbar and Mosul, while praised the victories achieved by the Iraqi forces in Salahuddin and Tikrit.

Jordan already is fighting ISIL in Syria and announced it will fight ISIL wherever it is as Jordan wants to destroy ISIL, this after ISIL burnt alive one of Jordan’s pilots that was captured by ISIL. So yes Jordan would help Iraq fight ISIL in Iraq and all Iraq has to do is just ask for help.

Over 60 countries are helping Iraq to fight ISIL in various different ways and not just in providing airstrikes, but in providing humanitarian aid for the Iraqi people and Syrian people where needed, various weapons including many heavy weapons, plus many millions of rounds of various types of ammunition to the Iraq Government forces and to the Iraqi Kurdish Peshmerga forces, plus also billions of dollars of money to the Iraq Government so they can help the Iraq people to rebuild homes, hospitals, plus rebuilding Iraqi business and industry so that will help Iraqi people obtain employment and can earn wage money from that to help themselves to live and because the ISIL terrorists have destroyed so much in Iraq.