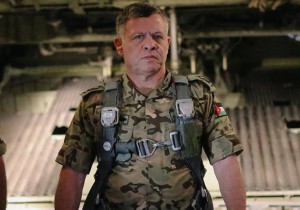 Jordan is set to open a permanent office at NATO in early 2017 reported The Jordan Times on Tuesday.

“We asked for this a few years ago and NATO has finally approved it,” said Brig. Gen. Mekhled Suheim, joint training director at the Jordan Armed Forces-Arab Army, in comments published in the Jordanian English language daily.

“We are already an enhanced opportunity partner with NATO, and having our staff there will help us open doors and boost the existing cooperation,” continued Suheim expressing optimism that a closer relationship with NATO would “enhance Jordan’s capabilities” and “increase the support we are receiving from the alliance in a wider variety of areas”.

Suheim, speaking at a recent meeting with journalists at the King Abdullah II Special Operations Training Centre aimed at highlighting NATO-funded training for Iraqi officers conducted at the facility, said that Jordan’s permanent office at NATO would serve to increase coordination and support for the Kingdom and enable better access to technical support and defence capacity building.

Currently Jordan is an active partner with NATO, and has notably participated in NATO missions in Kosovo,Afghanistan, and Libya. The Kingdom’s opening of a permanent office at NATO, said Suheim, will see Amman embark on a toto of 350 NATO exercises by 2020.

Current developments come after Jordan was ear-marked alongside four other countries — Australia, Finland, Georgia, and Sweden — for future enhanced opportunity partnerships for dialogue and cooperation at a 2014 NATO summit in Wales.

If the development goes ahead Jordan would become the first Arab country to set up a permanent office at NATO.

In May last year, the United States designated Arab nation Tunisia as a “non-NATO ally.” The status qualifies Tunisia for certain privileges supporting defence and security cooperation but does not provide any security commitment to that country.

Other Arab countries with the designation include Bahrain, Egypt, Jordan, Kuwait and Morocco.