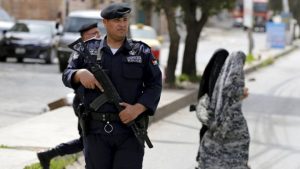 Jordan announced on Sunday that it has foiled an ISIS plot to target police stations and the intelligence bureau in the city of Ruseifa, 15 kilometers northeast of Amman., like reported by aawsat.com.

Next week, the military-run state security court will begin examining a list of charges against a dormant cell of 15 ISIS-linked members for planing terrorist attacks on employees at the Intelligence Bureau, the Police directorate and a security center in Russeifa.

The dormant cell also planned to target security patrols on the Amman-Zarqa highway by the end of 2017.

The suspects face seven charges: Plotting to carry out terrorist attacks, possession of weapons to use them in terrorist activities, spreading the ideologies of terrorist groups, selling weapons for illegitimate use and not reporting information linked to terrorist operations.

According to the charges, the suspects had been informed of an ISIS fatwa allowing them to carry out military operations in Jordan.

The 15 suspects, who originate from Russeifa, were all arrested by the Jordanian intelligence between November 24 and 27, 2017.

According to the list of charges, the suspects had pledged allegiance to the first suspect as the Emir of the cell, representing ISIS leader Abu Bakr al-Baghdadi.

Based on this pledge, the first four suspects agreed to carry out attacks on members of the Ruseifa intelligence office.

The third suspect had planned the attacks to take revenge from members of the intelligence office, who had previously arrested him on criminal charges.

In recent years, Jordan has been targeted by several terrorist attacks, particularly since becoming a leading member of the US-led coalition fighting ISIS in Iraq and Syria.