You are here: Home / Europe / Joint Statement on Libya by the Governments of Italy, France, Germany, Spain, the United Kingdom, and the United States 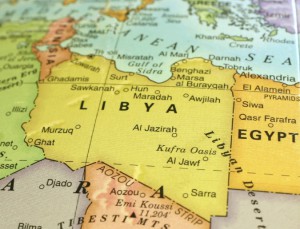 The Governments of France, Germany, Italy, Spain, the United Kingdom and the United States of America reaffirm their strong commitment to the sovereignty, independence, territorial integrity and national unity of Libya, and to ensuring that Libyan economic, financial, and energy resources are used for the benefit of all Libyan people.

At a time when the UN-sponsored political process is making progress towards a lasting resolution of the conflict in Libya, we express our concern at attempts to divert Libyan resources to the narrow benefit of any side in the conflict and to disrupt financial and economic institutions that belong to all Libyans. We reiterate our expectation that those on all sides representing Libya’s independent institutions, namely the Central Bank of Libya (CBL), the Libyan Investment Authority (LIA), the National Oil Corporation (NOC) and the Libyan Post Telecommunications and Information technology company (LPTIC) will continue to act in the long term interests of the Libyan people pending clarification of unified governance structures under a Government of National Accord.

We reiterate that Libya’s challenges can only be addressed by a government that can effectively oversee and protect Libya’s independent institutions, whose role is to safeguard Libya’s resources for the benefit of all Libyans. Terrorists are exploiting this conflict to establish a presence in Libya and will take advantage of Libya’s national wealth to advance their appalling transnational agenda.

Libya is fortunate to have the resources to enable it to become a peaceful and prosperous nation, with a powerful and positive impact on the wider region. We urge all Libyans to support the continued independence of its financial and economic institutions.