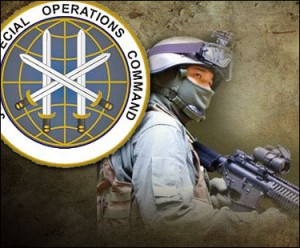 In December, MEB highlighted the significance of the announcement by US Defense Secretary Ashton Carter of the deployment of 200 US commandos from the Joint Special Operations Command (JSOC) to Iraq and Syria, to join the fight against the Islamic State (ISIL). At the time, we noted that these special counter-terror teams would be operating independent of the Iraqi Armed Forces, as self-standing “decapitation” units, targeting leaders of the Islamic State on both sides of the Iraq-Syria border.

In the aftermath of the Nov. 13 Paris attacks and the subsequent shootings in San Bernardino, California, the JSOC teams increased their operating tempo and have now succeeded in killing a number of top Islamic State leaders, including the mastermind of the Paris attacks. Col. Steve Warren confirmed, in a Dec. 29 Pentagon briefing, that a JSOC operation had killed Charaffe al Mouadan on Dec. 24, at an undisclosed location inside Syrian territory.  Mouadan was identified as the planner of the Nov. 13 Paris attacks and was in direct contact with the leader of the Paris attacks, Abdel Hamid Abaaoud.

Mouadan and nine other “high value” ISIL figures were killed in drone strikes in Syria and Iraq, between Dec. 7 and 27, all as the result of the JSOC operations.

JSOC teams have been able to develop a more precise map of the Islamic State leadership and vital personnel, and have greatly increased the speed in which actionable intelligence has been used to hit priority decapitation targets in ISIL strongholds.

Other key ISIL figures who have been killed in the December drone strikes, called in by JSOC teams on the ground in Iraq and Syria, included Siful Haque Sujan, a British-trained computer hacker who was identified as a key figure in the Islamic State’s cyber warfare structures; Abu Anas, a key demolition expert and explosives manufacturer; and Yunis Khalash, the deputy emir of the Islamic State for finance. Several other, unnamed top cyber operatives for ISIL have also been killed in the targeted drone strikes.

The Pentagon’s assessment of the first month of the JSOC “decapitation program” is that it has begun to shift the balance against the Islamic State. ISIL leadership is, for the first time, concerned that their organizational profile has been successfully penetrated and that key individuals are more vulnerable to assassination. This is impacting the ability of the Islamic State to manage its territories and maintain the recently-launched global terrorist offensive.  Some of the individuals killed in the targeted strikes are considered by Pentagon intelligence analysts to be “indispensable” to the functioning of the group. “The drone kills have been successful because they are based on perfect intelligence,” one official noted. The JSOC teams, operating independent of any reliance on poorly sourced intelligence, coming from Iraqi and Syrian sources, and with real-time ability to call in drone strikes, have been able to carry out precision strikes that depend on pinpoint timing.

The US JSOC deployments are not the only “decapitation” actions underway in Iraq and Syria.  On Dec. 25, a Russian or Syrian missile hit a meeting of the Islam Army (Jaish al-Islam) in the Eastern Ghouta region of Syria just outside of Damascus, killing a number of leaders of the Saudi-backed group, including the group’s undisputed leader Zahran Alloush.  In July 2012, Islam Army, then known as the Islam Brigade (Liwa al-Islam), had grabbed headlines by claiming credit for the killing of a number of top Syrian national security officials, in a bombing at the National Security Office in Damascus.

Under the terms of the United Nations Security Council resolutions, that were passed unanimously in mid-December, a meeting of the Vienna group with leaders of both the Syrian opposition and Syrian government representatives is scheduled in Geneva on Jan. 16-17.  The intent is to negotiate terms of a cease-fire involving government and rebel forces, excluding the Islamic State and Jabhat al-Nusra.