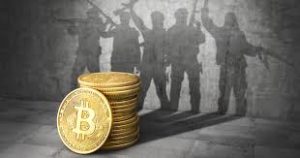 The U.S. Department of Justice announced that it has seized millions of dollars worth in bitcoin tied to Middle Eastern terrorist groups, like reported by siliconangle.com.

The seizure follows a joint operation of the U.S. Department of Homeland Security, the Federal Bureau of Investigation and the Internal Revenue Service that targeted accounts with funds used for terrorist activities.

The over 300 accounts are said to have belonged to the al-Qassam Brigades, which is Hamas’s military wing, as well as al-Qaeda, the Islamic State of Iraq and the Levant. Leading to the various takedowns, the joint operation traced bitcoin donations to the different terrorist groups.

With al-Qassam, the investigation trail began with a call from the group for bitcoin donations on various websites in 2019. The group told its followers that the donations would be anonymous, but they were not, since no bitcoin transactions are truly anonymous because they move across a public blockchain. In a twist, the websites used by al-Qassam were seized by the joint operation, then operated by U.S. authorities so anyone making a donation actually sent bitcoin to the U.S. government.

The al-Qaeda campaign was more mature, with the group operating a money-laundering network using Telegram and social media platform to solicit cryptocurrency donations. In some cases, al-Qaeda pretended to act as charities soliciting donations, and agents communicated with the front organizations to ascertain their true nature, which involved the purchase of weapons.

The Islamic State group, more commonly known as ISIS, took a different tact, pretending to sell medical equipment for cryptocurrency as a way to raise funds including N95 face masks to those living in the U.S. The group also used Facebook pages to promote its fake site.

“Terrorist networks have adapted to technology, conducting complex financial transactions in the digital world, including through cryptocurrencies,” Secretary of the Treasury Steven T. Mnuchin said in a statement. “IRS-CI special agents in the DC cybercrimes unit work diligently to unravel these financial networks.”