You are here: Home / Europe / Jihadists in Mali “think about attacks in Europe” 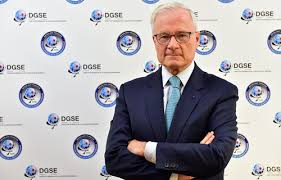 Public speeches by the head of the Directorate-General for External Security (DGSE), Bernard Emié, are relatively rare. On the occasion of an “executive committee” devoted to counter-terrorism, which was held at the Orléans-Bricy air base (Loiret), alongside the minister of the armed forces, Florence Parly, and the chief of staff of the armed forces, General François Lecointre, the head of external intelligence took the time, in an unusual staging on Monday February 1, to present the analysis of his services of the new state of the jihadist threat in external theatres, like reported by le Monde..

International terrorism now has two “epicentres”, he summarized in the preamble, putting the Sahel and the Iraqi-Syrian zone on the same level. Since the fall of Baghouz in March 2019, the last stronghold of the Islamic State (ISIS), the Levant appeared to be further back in the preoccupations of the leaders of the intelligence community. But like Mrs Parly before him, the head of the DGSE pointed to a worrying evolution of ISIS in the region, because it was taking on an “insurrectionary” form, therefore less anticipatable.

In the Levant, “we succeeded in getting ISIS to back down. The proto-caliphate has collapsed, however […] hundreds of fighters “are still training and fighting,” Mr. Emié described. In particular in northern Iraq, in the Syrian desert, in the Idlib pocket (in eastern Syria), on the banks of the Tigris, or in the foothills of the Sinjar, he listed, recalling that these fighters had “always had plans to attack”.

The DGSE boss focused more on the situation in the Sahel. In particular, he emphasised the fact that, according to his services, it was a theatre from which attacks projected towards Europe were possible. This is a significantly different viewpoint from that of a number of observers and internal security actors, who have hitherto considered this risk to be low. “From Mali, they [terrorists] have been working on attacks against us, against our partners, they are thinking about attacks in the region and in Europe,” Mr Emié said.

In the Sahel, France has two main organisations in its sights, he recalled: the organisation Islamic State in the Great Sahara, and the local branch of Al-Qaeda, the support group for Islam and Muslims in the Maghreb. The first is distinguished, he said, by its particular “savagery” and the “bloodthirsty” temperament of its leader, Adnan Abu Walid Al-Sahraoui.

The boss of the DGSE has more targeted his attacks against al-Qaeda. In his view, the organisation represents a more insidious threat because it has an “internationalist” agenda, at the crossroads of terrorism and politics. As such, he pointed to “the stranglehold of foreign fighters in the Sahelian jihad […] most of the fighters [are] not Malians”. He also denounced al-Qaeda’s strategy to “prevent the peace and reconciliation process in Mali launched in 2015.

In passing, Mr. Emié once again designated the leader of Al-Qaeda in the Sahel, Iyad Ag-Ghali, as the new enemy number 1 of France in the region. He drew a scathing portrait of him, considering him as one of “Osama Bin Laden’s spiritual sons”: “He tries to appear more presentable by hiding among the population while forcibly recruiting idle young people. (…) He is not someone who thinks about terrorism, he is someone who practises it on a daily basis. He does not hesitate (…) to take up arms himself and have innocent people executed”, he stressed.

“Expansion towards the Gulf of Guinea”.

Mr Emié broadcast a video presented as that of a “strategic” meeting held in February 2020, during which Iyad Al-Ghali, along with several other Sahelian leaders, allegedly fomented a “series of large-scale attacks against military bases”. It was also during this meeting that the leaders of Al-Qaeda in the Sahel would have conceived “their expansion project towards the countries of the Gulf of Guinea”, he added, referring to what many observers have been observing for many months. “These countries are now targets as well. To loosen the stranglehold in which they are caught and to expand southward, terrorists are already financing men who are spreading in Côte d’Ivoire or Benin (…) on the borders of Nigeria, Niger and Chad,” Mr. Emié pointed out while indicating that the situation in East Africa, Yemen, Libya, or even “in the shadow of the borders” of Europe, “also preoccupied” his services.

This inventory of the terrorist threat takes place in a context of changing jihadist modes of action. “Over the past year, terrorism has changed form”, Mrs Parly stressed, pointing to the “rise of terrorist groups in the immaterial battlefields” (cyber and information struggle in particular) and calling for a “comprehensive fight” against terrorism. This assessment comes at a time when counter-terrorism is no longer just an aspect of the “strategic grammar before us”, General Lecointre concluded, referring to the new hybrid power relations with countries such as Russia, China and Turkey.