You are here: Home / Europe / Jihadist propaganda gets more clicks in Britain than rest of Europe 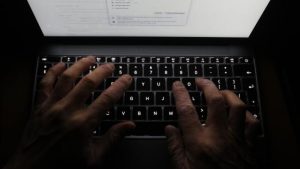 Online jihadist content attracts more clicks in Britain than any other country in Europe, a major new report warns, like reported by bt.com.

Analysts found Islamic State (IS) was still pumping out vast volumes of internet propaganda despite coming under intense military pressure in Iraq and Syria.

Experts say the group produces around 100 pieces of new content in an average week – but this is a conservative estimate. The in-depth study by think tank Policy Exchange says tens of thousands of users access jihadist material online from all over the globe.

Concerns over the availability of terrorist material such as execution videos and bomb-making instructions on the internet have intensified after Britain was targeted by its fifth terror attack of the year.

In a forward for the paper, former US military chief General David Petraeus highlighted last week’s events at Parsons Green.

He said: “The attempted bombing of an underground train in London last Friday – using a device that can be built from instructions available online – merely underscored once again the ever-present nature of this threat.”

Gen Petraeus warned that efforts to combat extremism online to now have been “inadequate”. He wrote: “There is no doubting the urgency of this matter. The status quo clearly is unacceptable.”

The report details how:

:: In an average week IS produces over one hundred new core articles, videos and newspapers;

:: They are disseminated across a “vast ecosystem” of platforms, file sharing services, websites and social media;

:: IS now uses encrypted messaging service Telegram as the core communication platform for talking to sympathisers;

:: Three in four people (74%) want big internet companies to be more proactive in locating and deleting extremist content, according to a poll.

The paper suggests the Government may wish to consider new laws to counter the possession and consumption of extremist material online. It also raises the possibility of giving powers to oversee the removal of extremist content to the newly created Commission for Countering Extremism.

Major tech firms have repeatedly faced calls to step up efforts to detect and take down extremist videos and web pages.

It emerged earlier this year that Britain and France are looking at plans that could see technology firms face fines if their efforts are not up to scratch.

Home Secretary Amber Rudd warned the internet must not be a “safe space” for terrorists and criminals.

She said: “I have made it crystal clear to internet bosses that they need to go further and faster to remove terrorist content from their websites and prevent it being uploaded in the first place.”

A Google spokeswoman said: “We are making significant progress through machine learning technology, partnerships with experts and collaboration with other companies through the Global Internet Forum – and we know there is more to be done.”