The devastation wrought by Boko Haram, which has left millions of people in northeast Nigeria on the brink of famine, could exacerbate Europe’s migration crisis if the world fails to act urgently, the country’s chief humanitarian coordinator said according to express.co.uk 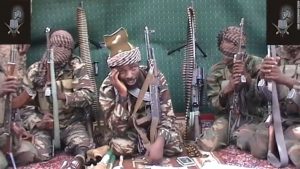 Nearly five million people in the region are desperately hungry and risk starving to death this year if they do not receive food aid, according to figures from the United Nations.

This could drive even more Nigerians to flee the country and attempt the perilous journey to Europe via the Mediterranean Sea, unless the international community ramps up support and funds, said Ayoade Alakija, Nigeria’s humanitarian coordinator.

“With so many people facing famine, this is the wrong time to criticise us and simply say ‘You are the giant of Africa’.

“The world could see a mass exodus from a country of 180 million people if support is not given, and fast … if people facing famine fall into famine,” she told the Thomson Reuters Foundation in an interview in the Senegalese capital of Dakar.

While the European Union has been strained by the influx of 1.6 million refugees and migrants between 2014 and 2016, a greater number of people in northeast Nigeria, some 1.8 million, are displaced and unable or unwilling to go home, Mr Alakija added.

“For Nigeria, this is an unprecedented humanitarian crisis of large magnitude. We, and the wider world, were largely unprepared for it,” she said, adding that Nigeria was struggling to respond as it deals with its first recession in 25 years.

Jihadist group Boko Haram’s eight-year insurgency to carve out an Islamic state in northeast Nigeria has killed at least 20,000 people and forced some two million to flee their homes.

The state’s handling of the situation in northeast Nigeria has been hit by allegations of officials stealing and selling aid, and having sex with women in exchange for food.

With Boko Haram’s insurgency in its eighth year and showing little sign of ending, many aid agencies are thinking beyond just emergency aid, and considering how best to foster and improve long-term development and resilience-building efforts.

“The government is tackling the crisis on several fronts, not just handing out food parcels,” said Mr Alakija. “We are focusing on rebuilding entire communities, so that people can go back to their homes, jobs, and resume their lives as normal.”