You are here: Home / Analysis / Jihadism is on the move in Mali – why this matters to western countries 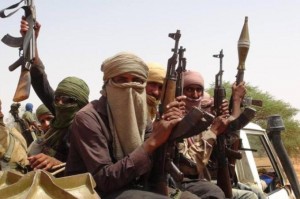 Last Wednesday, a suicide bomber linked to one of Al-Qaeda’s North African affiliates detonated a vehicle filled with explosives inside a military barracks in the Malian town of Gao.

Jihadist violence is not uncommon in the country’s north but the death toll for this attack, at 77, was unprecedented – even amidst the current climate of insecurity, also according to radioaustralia.net.au.

Even though suicide bombers have hit Malian targets before, the January 18 bombing in Gao was demonstrative of a new trend in Malian jihadism: movement. While an identical attack would not be surprising if it had been carried out by a disaffected local in a Saharan border town further north, the Gao bombing is the latest in a series of events which indicate that jihadism is on the move in the country.

Spreading beyond its traditional base of support within marginalised Tuareg and Arab groups, the Malian jihadist movement is franchising and establishing new roots in ethnically heterogeneous areas – shifting the operational focus away from the sparsely-populated and largely-ungoverned Sahara and towards the semi-arable lands south.

This process has been nebulous and subtle, but the spread into central and even southern Mali has been ongoing for the last two years even if, for the most part, it has escaped much of the world’s attention. In recent months though, the movement’s footprint in the Gao and Mopti regions has increased and support for jihadist sentiment at the grassroots level is beginning to show.

On September 3, a platoon-sized group of jihadists riding motorcycles attacked and briefly occupied the village of Boni, the chef-lieu (seat of power) of an ethnic Fulani commune located south and west of Gao on the road to Mopti. The assailants were natives of the nearby hamlet of Sorma, and the attack was an attempt to kidnap or kill Boni’s mayor, Hamadoun Dicko. They failed, but on Wednesday – just hours before the explosion went off in Gao – Dicko was shot in the head as he exited Boni’s local mosque.

In this instance, the killing of a local mayor is not just local news. The Dicko slaying, as part of a textbook jihadist strategy that leverages propaganda of the deed from political assassinations, was only a supporting effort in a re-energised campaign to destabilise events in central Mali from the ground up.

Everywhere on the road between Gao and Mopti, attacks are increasing.

The recent jihadist activity in the Hombori-Gao region, which seems now to have culminated in a massive attack against the joint-security base in Gao, is indicative of an increasing climate of violence in a part of Mali that until very recently was comparatively quiet.

Jihadism is no longer a metastasis which is endemic to a select few Arab and Tuareg clans dwelling in Mali’s northern fringes; it is on the move and it is “jumping” ethnicity, finding a home with new groups – Songhai, Fulani and others.

The Gao attack’s body count, though horrifically high, is not its most noteworthy aspect. Neither really is its location since we know from recent events in Istanbul, Jakarta, Ouagadougou, Brussels, Grande-Bassam, Orlando, Dhakar, Nice, Paris, Berlin, Sydney and Medina, that terrorism can happen anywhere – even, in the case of Medina, at the very heart of the Islamic faith.

What is most noteworthy about the Gao bombing is the identity of the bomber. In the Al-Qaeda statement claiming responsibility for the attack, the bomber was referred to as “Abdul Hadi Al-Fulani” – which is to say the man self-identified as an ethnic Fulani.

The growing Fulani vanguard in Mali’s jihadist insurgency is worthy of further attention. Indeed, with the recent emergence in 2015 and 2016 of a new group called the Front de Libération de Macina (FLM) – which aims to recruit Fulani fighters from Central Mali – this problem is likely to worsen unless it is treated.

The leader of FLM, Amadou Kouffa, a fiery preacher from the town of Konna (also located on the road between Gao and Mopti) has both a jihadist and a revanchist vision for Mali.

Invoking the restoration of the “once great” Massina Empire – a Fulani Islamist state that ruled over the Niger River basin in the 1800s – Kouffa’s vision fuses the primacy of the tribe with the primacy of sharia in a way which is both highly dangerous and highly appealing to vulnerable Fulani populations. If the underlying causes of the spread of jihadism in central and southern Mali remain unexamined and untreated, the frequency of attacks like the one in Gao may increase.

Why should we be concerned about this?

The impact of such an invigorated jihadist insurgency in central Mali could be serious and have follow-on effects for regional security.

Already, there are early indications of recruits from neighbouring Burkina Faso joining the movement in Mali. One country over, the Nigerian jihadist group Boko Haram also continues to amass support and project power across territory in four West African countries.

A worst-case scenario would be the destabilisation of Mali, Niger, Burkina Faso, Nigeria and Cameroon and the establishment of an African shadow caliphate resembling ISIS.

This is some way off but the repercussions of such a prospect would be felt globally.

The knock-on effects would include larger refugee populations, stresses on petroleum production and the establishment of a new sanctuary for jihadist training and recruitment.

All of the above would have large in kind implications for citizens of Western countries.

We must do our best to address the structural problems and inequalities (whatever they may be) that are perpetuating jihadism at the micro-local level – even in the smallest of central Mali’s Fulani communes.

We need to know more because if the problem is left unchecked, the jihadist spread in West Africa will continue to grow.