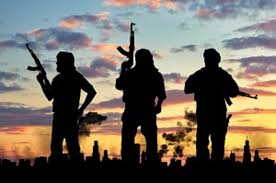 In early 2021, the jihadi movement was the most splintered it had been since prior to 9/11 when al Qaeda was one among many jihadi groups. The movement had three main poles: al Qaeda and its branches from Afghanistan to West Africa; the Islamic State (ISIS) and its external provinces from North Africa to South Asia to East Asia, and Hayat Tahrir al Sham (HTS), mainly in northern Syria, like reported by wilsoncenter.org.

Al Qaeda and ISIS are still engaged in global jihadism, regional military campaigns, and local politics. The two differed on religious interpretations, such as when a Muslim can be considered an apostate, or takfir – and what punishment or excommunication was justified. They also split over the right conditions to create an Islamic state. ISIS’s primary goal has been to capture and govern territory.

Al Qaeda’s goal is to convert people to gradually build a global caliphate but controlling territory has not been a priority in its short-term strategy. In contrast, HTS has focused mainly on local jihadism and backing a civilian polity in northwest Syria. Although its predecessor was once aligned with al Qaeda until 2016/2017, HTS has since become more independent within the jihadosphere. Most other jihadi groups have sided with either al Qaeda or ISIS since their own discord in 2013-2014. Both al Qaeda and ISIS are in transition phases. Neither entity was at its peak, yet neither were degraded, and they had differing challenges.

Al Qaeda: Al Qaeda was diminished in impact and visibility, partly because of deaths of leadership. Ayman al Zawahiri was still the leader of al Qaeda’s broader network, but several key leaders were killed in 2020:

Jan. 29, 2020: Qassim al Raimi, leader of al Qaeda in the Arabian Peninsula, was killed in a U.S. airstrike in Yemen

June 3, 2020: Abdelmalek Droukdel, leader of al Qaeda in the Islamic Maghreb, was killed by French forces in Mali

In the past, al Qaeda has adjusted to the loss of leaders, with new figures emerging to take up the banner. But the turnover at the top also threatened instability, partly since communication among senior leaders has long been less efficient due to the danger of communications intercepts. The question whenever there is a transition to new leaders is whether they will focus more on regional or local conflicts, or will they redirect resources toward global operations? So far, al Qaeda has given priority to widening its regional reach. As of early 2021, it has six core branches stretching from the Sahel to the Indian Subcontinent.

ISIS: ISIS in Iraq and Syria lost the final parts of the Islamic State caliphate in 2019, but it was not totally defeated. The Pentagon estimated that it still had at least 10,000 fighters. In 2020, it managed to sustain attacks—notably assassinations and bombings—in both countries. Yet there were key differences between the two battlefields. In Iraq, ISIS carried out operations throughout the country. In Syria, ISIS attacks were more concentrated in the eastern side of the Euphrates River Valley.

ISIS was still capable of operations outside of Iraq and Syria – even well beyond the Middle East. In 2020, ISIS’s province in northeast Mozambique garnered greater international attention since it had seized and then withdrew from villages at various points. Likewise, the ISIS province in West Africa also ramped up attacks, making it one of the biggest threats after Iraq.

HTS: Unlike al Qaeda and ISIS, HTS focused on consolidating political and physical control in northwest Syria. It vanquished Huras al Din, the local al Qaeda branch in June 2020. But there are still questions about whether its political project—through the Salvation Government—will succeed or, instead, illustrate shortcomings ruling a society. HTS has not been as authoritarian as ISIS, but it has frequently arrested opponents or killed activists and civilians. If HTS can survive, its brand of insurgency and governance could appeal to other jihadi groups looking for a model, especially given the failure of ISIS to hold its territorial control.