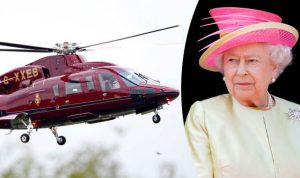 Routes and times of HRH’s chopper flights are being made public because of Britain’s growing army of drone pilots, like reported by dailystar.co.uk.

The move is designed to alert drone users so they can avoid collisions, but it has created a new terror threat.

Jihadis can now learn the royals’ movements 48 hours in advance and could deliberately fly drones into the flights.

“Why bother spending millions protecting the royal family on the ground then make this information available in advance? I just despair.”

“To publicise where a royal helicopter will be is to encourage terrorists, mad people and pranksters.”

Before they fly all pilots, including drone enthusiasts, have to check the Notice To Airmen security alert system.

Details of royal flights began to be included last week, following a review of near-misses.

The first royal flight to appear was a trip taken by Princess Anne last Thursday.

The Civil Aviation Authority said the move was for “flight safety reasons” and had been agreed by the royal family themselves.

A spokesman for the royals said: “We are not commenting on the change.”