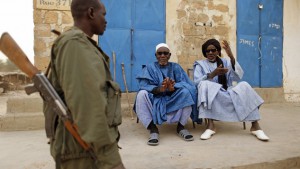 As the conflict in northern Mali endures, another hot spot south of the Niger river is attracting increasing attention. It involves two main areas in the centre of the country: the Macina heartland [Fulani historical-political region, between Mopti and Segou] and the Hayré [northeast of Mopti].

The wave of dissent began shortly before the French military intervened against jihadis who had taken control of northern Mali in 2012. In early 2013, Amadou Kufa, a Fulani Islamic preacher from central Mali and an ally of Iyad Ag Ghaly [leader of Ansar Dine, one of three jihadi groups in the north], summoned his fighters to expand south beyond the area under the jihadis’ control.

That triggered the French-led Operation Serval in 2013. When the Islamist coalition was ousted from the cities it controlled, including Gao, Timbuktu and Kidal, jihadi activity was reconfigured. Kufa, now allegedly commanding the katibat [brigade] called Ansar Dine Macina (formerly Front for the Liberation of Macina), still leads violent actions in central Mali.

However, it would be false to attribute political violence in this region solely to groups embracing jihad. At least two more rationales exist. One is about community self-defence. The other involves a struggle led by Fulani herdsmen, more vulnerable than other Fulani communities of the area.