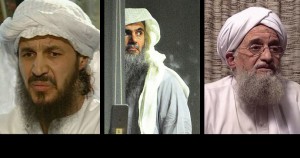 Al-Qaeda’s organizational structure has “collapsed” due to the rise of Islamic State militants in the Middle East, Al-Qaeda spiritual leaders told the Guardian, adding that this would not have happened under Bin Laden’s rule.

The Guardian spoke exclusively to two members of the Al-Qaeda international terrorist group – Abu Qatada, a Muslim cleric who was often described as Osama Bin Laden’s spiritual ambassador in Europe, and Abu Muhammad al-Maqdisi, one of the world’s leading jihadist scholars.

Al-Qaeda’s structure has “collapsed,” Maqdisi told the paper, adding that the group “operates solely based on allegiance. There is no organizational structure. There is [sic] only communication channels, and loyalty.”

Maqdisi said that both he and Qatada “have been critical” of IS militants and the group “hates that.” Maqdisi served a five-year term in a Jordanian prison after being accused of recruiting extremists to Afghanistan. He was set free in 2014.

“They are like a mafia group,” said Abu Qatada, born Omar Mahmoud Othman. “ISIS don’t [sic] respect anyone. They are ruining the wider jihadi movement and are against the whole ummah [Arabic word for ‘Muslim nation’].”

Both clerics say they are particularity outraged by how IS extremists recruit people and use them against Al-Qaeda.

“ISIS took all our religious works,” said Maqdisi, who Ayman al-Zawahiri, the current head of Al-Qaeda, counts as a close friend. “They took it from us – it’s all our writings, they are all our books, our thoughts.”

The scholars say the IS militants’ insolence would never have been tolerated in Osama Bin Laden’s time.

“No one used to speak against him,” Maqdisi said. “Bin Laden was a star. He had special charisma.”

Zawahiri, who emerged as Al-Qaeda’s operational and strategic commander in 2009 after Bin Laden’s death, lacked “direct military or operational control” from the “very beginning,” Qatada said.

“He [Zawahiri] has become accustomed to operating in this decentralized way – he is isolated,” he added.

In 2000, Abu Qatada was sentenced to 15 years in prison in absentia for plotting to carry out terror attacks against American and Israeli tourists and Western diplomats during millennium celebrations in Jordan – the so-called “Millennium plot.”

However, 14 years later, he was released from prison just hours after a Jordanian court cleared him of all terrorism charges. Despite that, Abu Qatada won’t be able to return to the UK, the Home Office said. The radical cleric is under a UN worldwide travel ban.

The so-called Islamic State (IS, formerly ISIS) was formerly an affiliate of Al-Qaeda. However, in February 2014, Al-Qaeda publicly announced they had severed ties with the extremists due to a disagreement about tactics.

IS militants, who control large parts of Iraq and Syria, launched a massive PR campaign posting videos of executions on the internet, as well as other propaganda.