You are here: Home / Senza categoria / JIHAD 3.0: a virtual Caliphate? 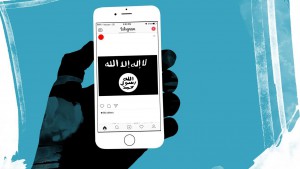 They marched in as troops … but they’re going out as guerrillas. When Islamic State fighters first reemerged in Iraq in 2014, they came in large columns, with convoys of heavy equipment. But by the time Iraqi security forces drove the jihadists out of Fallujah earlier this year, the U.S.-led coalition began to notice something new in their opponents’ tactics.

The militants are on their back foot. Thanks to the coalition, ISIS holds just slightly more than half the territory it initially seized in Iraq along the Tigris and Euphrates river valleys, and Iraqi advances are dismantling the jihadists’ stronghold in Mosul, Iraq’s second largest city. Meanwhile, Syrian Democratic Forces have begun to retake Raqqa, the capital of ISIS’s so-called caliphate.

Now that once-feared ISIS fighters, who used to march into towns and battles en masse, are no longer operating like a conventional army, some Western military leaders wonder what ISIS will look like in the months ahead. They have seen Jihad 1.0 (ISIS’s emergence from Al-Qaeda in 2014) and 2.0 (the movement’s current military thumping). Many experts wonder whether Jihad 3.0 will see ISIS shift from a physical to a virtual caliphate.

As ISIS was being pushed from Fallujah in June, the militants tried to retreat in large columns of trucks, says Col. John Dorrian, spokesman for Operation Inherent Resolve in Baghdad. This made them easy targets for coalition airstrikes, which destroyed hundreds of fighters, trucks and technicals within a few hours. ISIS learned its lesson, Dorrian says, and their militants are beginning to move in much smaller groups — often as small as single digits — and in single vehicles. It’s not exactly a strategy for holding or taking territory, Dorrian says, but they make ISIS more elusive — harder to monitor and fight.

“It’s easier to attack ISIS when it has a caliphate,” says former CIA deputy director John McLaughlin, who is also an OZY senior correspondent. The reason? All the things the militants have to manage — vehicles, installations, banks, headquarters, government infrastructure — are easily identifiable targets. When they’re no longer running a government, he notes, they disperse, blend in and are “harder to find.” Coalition forces already are seeing signs of this change, with the militants increasingly turning to insurgency and terrorist tactics, using car bombs, suicide-vest attacks, civilian shields and death threats in their attempts to hold populations hostage.

With the physical caliphate falling apart, leaders like Marine Corps generals Joe Dunford and Joseph Votel, commander of U.S. Central Command, identify the need to tackle ISIS’s “virtual caliphate” — the idea being that e-citizens will remain faithful to the jihadist cause despite the loss of land. While some scoff at the notion that ISIS is morphing into a virtual caliphate, it’s undeniable that ISIS has a strong online presence and social media following. But their “ability to project propaganda, this virtual caliphate, has been reduced,” Dorrian says, largely because coalition forces have killed a number of leaders involved in these indoctrination efforts. He notes that ISIS produced about 200 propaganda products in August 2016, down from 700 in August 2015.

A dwindling caliphate also makes it harder to woo recruits. McLaughlin, who has seen ISIS propaganda, explains that the sales pitch, complete with images of suburban homes, pools and offers of employment, “just doesn’t work any more.” The Pentagon recently reported that the number of recruits entering Syria has dwindled to 200 per month, down from a high of around 2,000 in 2015. “They claim a caliphate, but they don’t really have one, and I think that word is getting around,” McLaughlin says. Dorrian agrees, noting that the “very powerful narrative of invincibility” the movement had in 2014 is gone. Neither expect the group’s barbaric ideology to disappear anytime soon, though, and ISIS undoubtedly will maintain an online presence, but Dorrian expects the jihadists will “continue to lose allure as they continue to lose” on the ground.

So if a virtual caliphate isn’t a real threat, what is? Both McLaughlin and Dorrian emphasize the need to address the political conditions that enabled al-Qaeda in Iraq to morph and rear its ugly head as ISIS in the first place. Namely, the alienation of Sunnis by governments in Iraq and Syria. “They don’t really lose their territory unless we have a very clear stabilization plan for the territory we take back,” McLaughlin says. That plan needs to ensure that ISIS can’t disperse into adjacent areas where they could launch guerrilla campaigns. “I have yet to see a plan that gives assurance that we know what to do with a place like Mosul once the core of ISIS is driven out,” he says.

Once coalition forces have defeated ISIS militarily in Iraq and Syria, they then must look to other places where the group has exported its murderous ideology — Libya, Afghanistan, even the West. McLaughlin believes that ISIS is shifting its operational energy from holding ground and sinking roots to launching overseas attacks and disruptions. We are likely to see “more external operations,” like the ones in Paris, Germany and Ankara, in the near future, he says. And with an estimated 1,900 ISIS fighters back in Europe — a figure McLaughlin calls a “staggering number for what are basically small, overtaxed European security services” — ISIS has an advantage that al-Qaeda never had in carrying out attacks in the West.

And the final obstacle to wiping out ISIS for good? Lack of a cohesive opposition. With al-Qaeda, McLaughlin explains, a global coalition, including Russia, was committed in varying degrees to the organization’s obliteration. With ISIS, we’re fighting against a backdrop of division, he says — just “another thing [ISIS] can take some comfort in.”