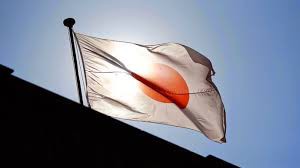 A new Japanese Foreign Ministry unit will start collecting information on militant groups such as Islamic State in Iraq and Syria (ISIS) in the countries they are based, the government said on Friday (Dec 4), prompted into action by last month’s attacks on Paris.

The unit, to work alongside other intelligence-gathering operations run by the foreign and defence ministries and the police, will be set up on Tuesday (Dec 8) with a staff of about 20 with a similar number working overseas in Japanese embassies.

“As underscored by the recent large-scale attacks on Paris, the situation regarding terror attacks is extremely severe,”Chief Cabinet Secretary Yoshihide Suga told lawmakers and government officials. “The government must do its utmost to forestall terror attacks while working with the international community.”

Japan is to host a series of high-profile events such as the Group of Seven summit next year, the Rugby World Cup in 2019 and the Olympics in 2020.