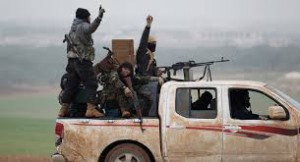 Nour al-Din Zenki movement is planning to pull back from all battle fronts of Aleppo, due to the lack of financials, at the same time, Jabhat al-Nusra sent 200 vehicles carried with fighters and weapons to back up rebels in Aleppo.

Russian warplanes went in several airstrikes around al-Jandoul turning and the Castello road, no reports of losses. Shells fired by rebels targeted the regime forces in al-Ashrafia and Shehan turning. Clashes continue between rebels and IS around Ghazal village, reports of losses in both sides