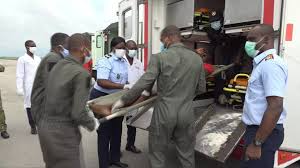 Ivory Coast has suffered its first Islamist terrorist attack since 2016, with at least 10 dead on the border with Burkina Faso.

Those deaths follow efforts to purge an Islamist presence in the border region.

Also, in several countires there are calls for statues commemorating slave traders to be taken down.

We’ve put together some reactions from the streets of Dakar, Kinshasa, Ouagadougou and Pretoria.

And overfishing by foreign trawlers has left many coastal communities in Senegal struggling to survive, but now dozens of mostly Chinese ships have been banned from Senegal’s waters.