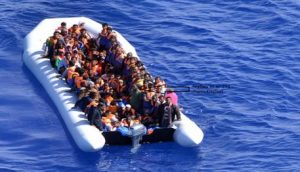 Prosecutors in Palermo have issued 15 detention orders against members of a criminal organization charged with international conspiracy to favor illegal immigration.

Investigators believe the criminal ring also transported from Tunisia to Malta suspected jihadists wanted by Tunisian authorities aboard powerboats, like reported by ansamed.it.

The investigation was carried out by tax police and coordinated by Palermo prosecutor Francesco Lo Voi and State attorneys Gery Ferrara and Claudia Ferrari.

Members used fast powerboats driven by expert smugglers that were able to make the crossing in less than four hours, transporting to Italy people who were able to pay thousands of euros for the crossing and smuggling cigarettes into Italy, investigators said.

The organization also reportedly provided a ”shuttle” service to a point of arrival where migrants were provided with food and clothing to reach their final destination.